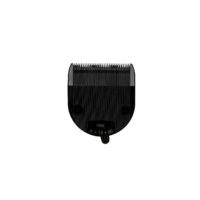 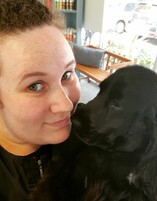 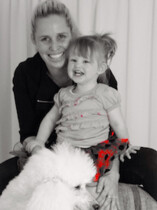 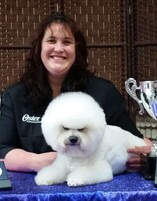 Creating a rewarding career from a passion is the ultimate dream and one that Melanie Newman has been able to pursue for over fifteen years. Starting out as a dog bather at a friend’s salon in the late 1990’s, Melanie relished the time she spent with the animals and decided to turn her passion into a lifestyle.
Initially self taught, Melanie ventured to the US to attend seminars and workshops hosted by the best dog groomers in the world and opened her own professional dog grooming salon, Spa Bark Dog Grooming & Spa, in Moonee Ponds Victoria in 2004. She was formally recognised as an Internationally Certified Master Groomer in 2008.
Melanie’s work has taken her to grooming competitions across Australia and New Zealand, Holland, Germany, Spain, Italy and various parts of America, and she was crowned the Australian Royal Supreme Grooming Champion in 2013. Among her other accolades, Melanie has won best in shows with Miniature Poodles, Standard Poodles, Bichons and Welsh Terriers.
More recently, Mel has taken on the role of Victorian Assessor for Certificate 3 & 4 for International Grooming Company and is an instructor at the Victorian College of Dog Grooming. She is a member of Dogs Victoria and is often asked to be a keynote speaker at industry events.
Mel has represented Groom Team Australia at the World Grooming Championships in Barcelona, Spain 2013 , Milan, Italy 2015 and again in 2017 in Krotrjik, Belgium
Over her 15 year career, Melanie has strived to give the animals she works with the best quality care, but always found it difficult to find products that were of a high quality, were gentle on the pets and groomers, and left the coat feeling refreshed and clean. Over a two year period, Melanie and her husband Cory created the Melanie Newman Salon Essentials collection, a range of premium canine grooming products that both the dog grooming industry and home pet owners can be proud to use on their animals.
ACHIEVEMENT
September 2017 Artero Grand Salm Barcelona Spain
Best In Show, Best Scissored Dog and Gold Medal - Bichon Frise
Belgium Groom Mania Gold Medal Championship Level - Bichon Frise
Milan Groom World Championships (Individual Event) Silver Medal - Bichon Frise
Milan Groom World Team Championships (Teams Event ) Groom Team Australia Member
Equal 3rd on accumulative point score from the 4 judges
Global launch of Melanie Newman Salon Essentials Premium Canine Grooming Products Australian Groomer of the Year 2012, 2013, 2014 & 2015
FURTHER ACHIEVEMENTS October 2016
Groom Mania Belgium Gold Medal - Bichon Frise
October 2015
Milan Groom World Championships
Silver medal – Bichon Frise
Represented Australia in World Team Championships
3rd in my Class – Bichon Frise
Pet Expo Gold Coast
Best in Show - Bichon Frise

Sharon Hall -An outstanding advocate and representative for Australian groomers.

Sharon is the proprietor of Snuggle Pup and Cuddle Pooch Dog Grooming Salon, a business she started in 2001 that now employs seven people and services more than 5000 clientele.
She is a Director of International Grooming Company, formed by herself and Deb Ryan with the goal of being able to provide education and knowledge to those interested in becoming Pet Stylist or wanting to improve their skills or business within the Pet industry with nationally recognised courses.
Sharon has spent the better part of 2009-2010 working on introducing the first of its kind in Australia a nationally recognised grooming program and online assessments with industry support through Pet industry Association certificates.

She has been competing in grooming competitions since 2002 with many big placings. Sharon has won both in Australia, USA and Germany. With so many great achievements some of Sharon’s most memorable was her Best In show at 2012 Sydney Royal competition with her hand stripped American cocker Spaniel and her accumulative wins that have made it possible for Sharon to of been selected on the traveling Groom Teams that have represented Australia in 2009, 2011, 2015 and 2017.
Sharon has recently returned from America where she was invited to compete in the invitation only Pet Groom Expo competition. She chose to compete with a poodle and an American Cocker. Sharon was awarded Ist place with her groom of the American Cocker and also was awarded in the top 3 for her poodle also in this competition. This was a fantastic achievement as Top Groomers from all over the world were the only ones invited to compete.
She has in 2017 been to China and South Korea to Judge their grooming competitions. She was invited to do this by the International Judges Association. It was a great accolade to be asked to Judge in another country.
Sharon is well known in the industry to be a great all-round groomer. She is also proud to be an International Certified Master Groomer has her Cert IV Pet Stylist certificate as well as a Companion Animal Hygienist.
Sharon acted as Grooming Director for the Pet Industry of Australia in 2009 and has been a guest speaker for many events that have followed over the past 6 years here in Australia and overseas and was invited to judge 2015 Royal grooming competitions shows around the country
Sharon enjoys sharing her 20 years’ experience and knowledge in the Industry with others and helping groomers excel in their field.
Sharon has successfully shown and titled many dogs including Saint Bernard, Aussie Shepherd, Poodle (Standard, Mini and Toy), Shih Tzu, Bichon, and Laggotto Romagnolo.

Naomi is a passionate Pet Stylist, having owned her own mobile business since 2008, after being heavily involved in the Vet Nursing industry several years prior.

Her motivation to become a Pet grooming instructor came from her own experience as a groomer who strives to better her work. After dedicating herself to mobile grooming, Naomi focused on study and competing both in Australia and America, she got the results she craved and now represents Australia on the 2015 & 2017 Groom Teams.
Naomi then went on to complete her Certificate IV in Training, Assessment and Education, as well as the NASH instructor Certification, so she could help others do the same.
Naomi furthered her studies and is one of only a handful of Pet Stylists to have compleated her International Masters Certification for both dogs and cats (IMCG & FMG).
Naomi has studied under some of the worlds most adored groomers including Sasha Reiss and holds a Poodle Expert Certification awarded by Sasha.
Naomi is a Qualified Veterinary Nurse and Groom Technition, as well has holding her Certificate III & IV in Pet Grooming.
Naomi is now an Assessor for students studying Certificate III & IV in Pet grooming.  She turned her focus to helping students develop their passion, excel in their career and build rewarding businesses.
Naomi believes in the power of positive encouragement, a realistic approach to learning and study, and, of course, motivation by the bucket loads!

Born in England, and living in Australia! Beth brings so much experience from the wide world of Terriers. She specialises in Hand Stripped breeds such as Schnuazers, Griffons, Border Terriers and more. Beth has been showing Miniature Schnauzers since 2009. She currently owns 2 of her own schnauzers named Ro & Mais.di yan

Tash Finch has competed in many competitions and is active in both the grooming and show world. She loves her Kerry Blues!
Some of her achievements are:
2017
1st Pure Breed Scissor Masters
1st best in group Runner Up Best In Show kerry blue terrier.

We are committed to ensuring that your privacy is protected. Should we ask you to provide certain information by which you can be identified when using this website, then you can be assured that it will only be used in accordance with this privacy statement.

We may collect the following information:

What we do with the information we gather

We require this information to understand your needs and provide you with a better service, and in particular for the following reasons:

We are committed to ensuring that your information is secure. In order to prevent unauthorised access or disclosure, we have put in place suitable physical, electronic and managerial procedures to safeguard and secure the information we collect online.

A cookie is a small file which asks permission to be placed on your computer's hard drive. Once you agree, the file is added and the cookie helps analyse web traffic or lets you know when you visit a particular site. Cookies allow web applications to respond to you as an individual. The web application can tailor its operations to your needs, likes and dislikes by gathering and remembering information about your preferences.

We use traffic log cookies to identify which pages are being used. This helps us analyse data about webpage traffic and improve our website in order to tailor it to customer needs. We only use this information for statistical analysis purposes and then the data is removed from the system.
Overall, cookies help us provide you with a better website by enabling us to monitor which pages you find useful and which you do not. A cookie in no way gives us access to your computer or any information about you, other than the data you choose to share with us.
You can choose to accept or decline cookies. Most web browsers automatically accept cookies, but you can usually modify your browser setting to decline cookies if you prefer. This may prevent you from taking full advantage of the website.

Links to other websites

Our website may contain links to other websites of interest. However, once you have used these links to leave our site, you should note that we do not have any control over that other website. Therefore, we cannot be responsible for the protection and privacy of any information which you provide whilst visiting such sites and such sites are not governed by this privacy statement. You should exercise caution and look at the privacy statement applicable to the website in question.

You may choose to restrict the collection or use of your personal information in the following ways:

If you believe that any information we are holding on you is incorrect or incomplete, please write to or email us as soon as possible at the above address. We will promptly correct any information found to be incorrect.

Add your favourites to cart

Your purchase will be split into 4 payments, payable every 2 weeks

All you need to apply is to have a debit or credit card, to be over 18 years of age, and to be a resident of country offering Afterpay

Late fees and additional eligibility criteria apply. The first payment may be due at the time of purchase